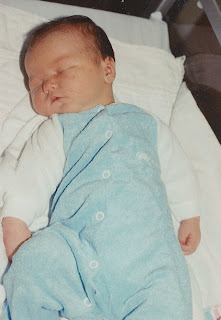 Happy Birthday to my Jordan.

Jordan is our only boy. He was born on Father's day 22 years ago. Since that day, this is only the third time that Jord's birthday has fallen on Father's day again. I remember the nurses teasing me that I'd set a pretty high standard for Father's Day gifts and asked how I planned to top it the next year. Pretty sure I never have topped that one. 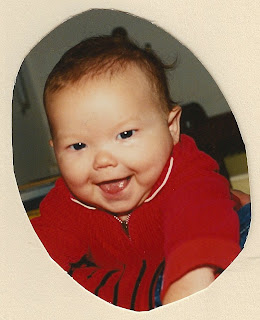 Jordan is sandwiched between two sisters, poor thing.  As I was looking through pictures I noticed that I have no pictures from his third birthday.  His sister had been born two days earlier.  I'm pretty sure there was a little party for him but there is no photo evidence of it. I guess we just did video that time. I suppose the lack of pictures is the first evidence of the inconvenience of having a sister's birthday two days before your own.

Jord was a happy baby for the most part and had a winning smile that people loved.

Jordan always loved animals of all kinds but especially dogs.  He always wanted to have one for a pet but couldn't in our student housing situation. So instead he loved everyone else's dog.  On a visit to Grandma and Grandpa's house I discovered him loving their dog Chub and snapped this picture. Jordan was very tenderhearted about all creatures.  At a very young age, he came to me in tears.  When I asked what was wrong he said he had accidentally killed a Roly Poly bug.  He felt terrible.

I always loved this picture of Jordan with his oldest cousin Keith.  Too cute. 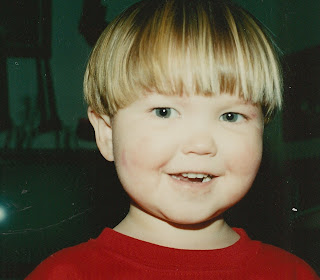 Talk about adorableness! Just look at this picture.  Jord's bright eyes, cute smile and chubby cheeks are only matched by his hair. He sported this bowl cut do for some time until one day when he was about four he came to me and said, "Mommy, why can't I have hair like Daddy's?"  Bye-bye bowl cut.
Notice how blonde his hair is in this picture.  His hair was quite dark at birth and is now as well but during the bowl cut years his hair would bleach out these beautiful blonde streaks. It would go dark again in the winter but summer brought back those blonde tresses. 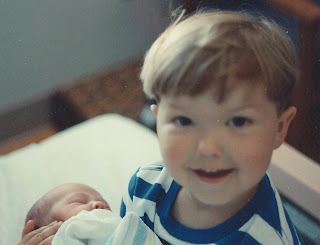 Here is Jord getting acquainted with little sis. Yes the one that prevented him getting pictures of his third birthday.  There is that cute smile again too. 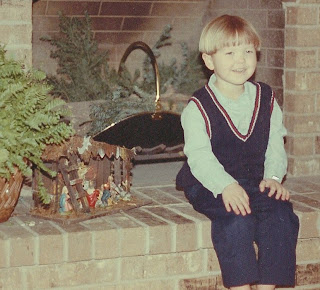 Jordan has always made friends easily everywhere we have lived.  It seemed like there was always a gang of boys asking if Jordan could play.  And the playing was even better if Jordan's dad played too.  That was great until Jord and his friends got big enough to actually cause physical damage like cracked ribs...

Jord with his posse of friends in their elementary through high school years used to roam the neighborhood going from one of their houses to another.  Sometimes I wondered if I should be worried about what kind of mischief they might be getting into. One day I pulled out of the driveway headed off somewhere. These teenage boys were all lined up along our neighbor's sidewalk.  My first thought was to wonder what in the world they were doing there in a line like that.  As I drove by the boys raised their arms in "the wave" and as another car went by they did the wave again.  I cracked up! Who knows how long they had been doing the wave at passing cars... Maybe I didn't need to worry too much after all.


Jordan has a fun sense of humor and entertains us all with his wit.   But on this particular day he apparently wasn't feeling very humored.  Seriously I have no idea what the problem was when this picture was taken but isn't it an adorable mopey faced pic? 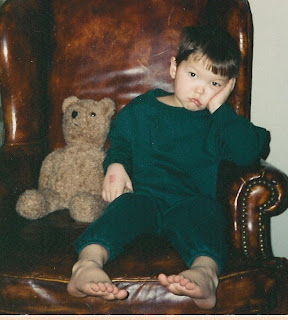